One habanero (I used a red one this time – it’s all I could find that was of good quality), and about 2-3 ounces of ginger, depending on how gingery you want the mixture to be. 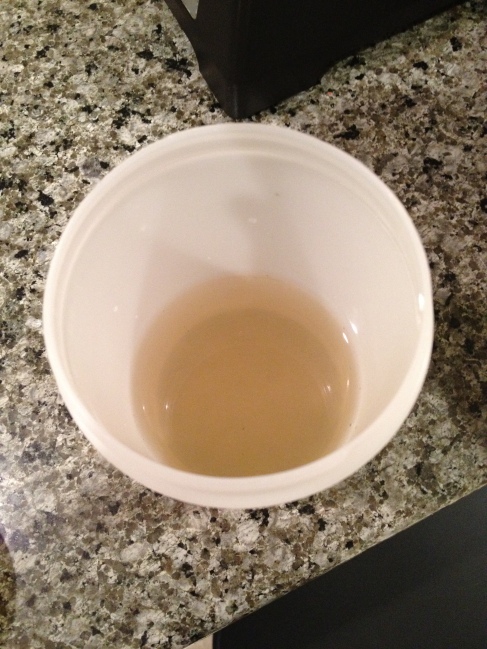 Color is a little darker (orange/tan) than the straight habanero syrup was.

I used the same recipe as in the previous post on flavored simple syrups, but changed the flavoring inputs.  I used one large red habanero and about three ounces of ginger.  I peeled most of the ginger root and cut it into slices to maximize the surface area, then added both the peppers and the ginger once the sugar was fully absorbed into the water mixture, and brought it to a boil.

I tasted a few drops of the final mixture.  Great ginger taste with a nice burn.  This is going to go great in some cocktails.

I’m going to try reproducing a favorite of mine from SEI in DC called Liquid Wasabi.  This one uses unfiltered sake, vodka, lime juice, and today’s syrup.  It’s one of my go-to drinks at that establishment, besides the daily rotating cocktail (Evening Truth) and the Silver Samurai (shōchū, cucumber, plain simple syrup, crushed pink peppercorn).